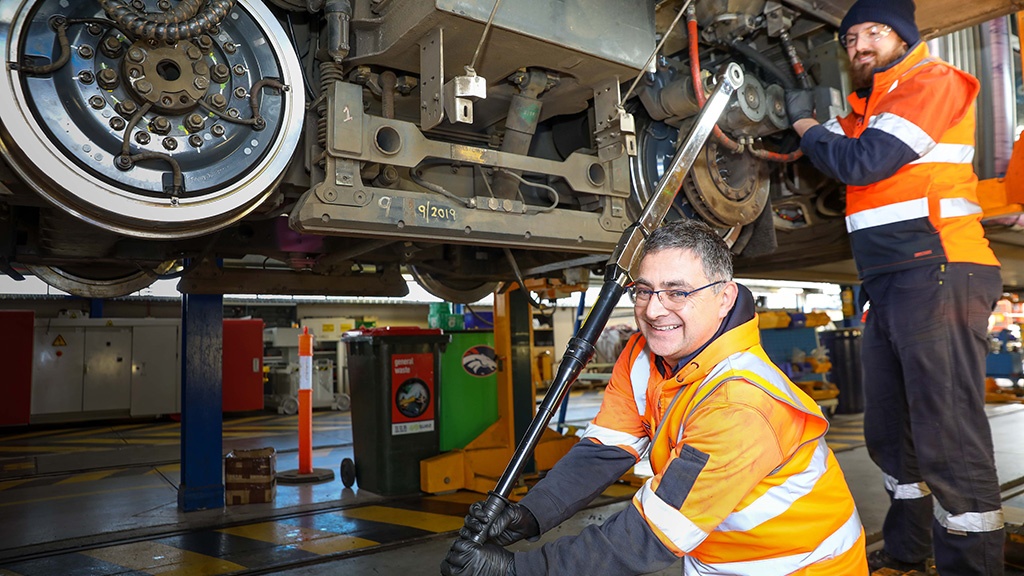 Most of the day, a tram comes along every 10 minutes – 5 minutes during peak hour. As a customer, you simply head to the nearest platform and get on the first one that comes. And you’re off to your destination without a hitch.

But what happens behind the scenes to ensure that the tram arrives in a good condition? Trams are complex vehicles, and like any vehicle, they require regular maintenance to ensure they keep running properly. And while it doesn’t happen often, they can break down.

So, who ensures that the trams are mechanically and electrically sound? That the doors open? That the air-conditioning works? That any number of features operate so that the tram arrives as scheduled to pick up customers?

This is the job of the Rolling Stock Maintenance Team!

Rhys Heffernan is Torrens Connect’s Rolling Stock Maintenance Manager. He started out in heavy rail (that’s rail speak for ‘trains’; trams are referred to as ‘light rail’) but has worked for the tram service since 2013. He’s worked his way up from the workshop floor to being a Team Leader and now Maintenance Manager. He and his team know their trams inside and out.

Thirteen employees work on the floor: three Team Leaders plus mechanical fitters and engineers, as well as two electrical apprentices. The team is also supported by a Reliability Engineer, a Work Planner, and a Procurement Officer.

Public transport operates every day from early in the morning until late at night and the Maintenance Team operates a morning and afternoon shift, 7 days a week.

The Team generally receives just under 300 service requests from operators alone each month – which could be anything from a loose seat to an air-conditioning fault – that need to be fitted in with other scheduled services, projects, or sudden incidents.

According to Rhys, no two days are same.

“We do massage it. The Work Planner sits down with the Team Leaders twice a day to go through any issues that happened in the morning that have affected the scheduling,” says Rhys. “Of course, when there’s a major breakdown and it’s ‘all hands on deck’, it takes everyone away from their planned work. And that work needs to be rescheduled for a later date.”

John Rogers is the Work Planner who schedules all of the maintenance tasks. John’s worked in the role for more than 3 years, and together with the Team Leaders, has a solid knowledge about how long tasks take, which makes for an accurate and tight maintenance schedule.

John works on a one- to two-week schedule that he manipulates as required. But he’s also planning jobs a year in advance, scheduling trams for minor and major services so that they don’t all fall at the same time.

“The last thing you want is two or three trams out, all wanting a major service at the same time,” says Rhys.

It’s a bit like if you waited until all of your clothes were dirty before washing anything, you wouldn’t have any clothes to wear. If too many trams were out for servicing at once, then Torrens Connect wouldn’t be able to operate the busy peak hour service.

That means there’s always a lot going on in the background, checking odometer readings and ensuring that some trams aren’t covering greater distances than others.

And if that wasn’t complicated enough, the different Flexity and Citadis trams each have different servicing schedules.

“We’ll have the million kilometre services coming up in about three years for the Flexities,” says Rhys.

Servicing trams could involve checking struts and couplers, lubricating or greasing components, or inspecting cables and hydraulic hoses. It might be a roof service, interior and exterior service, an under-body service, or a bogie service.

A bogie is the wheel set and frame that it’s connected to, so a major bogie service involves jacking a tram up in the air and leaving the bogies behind for maintenance – and sometimes sending them elsewhere. 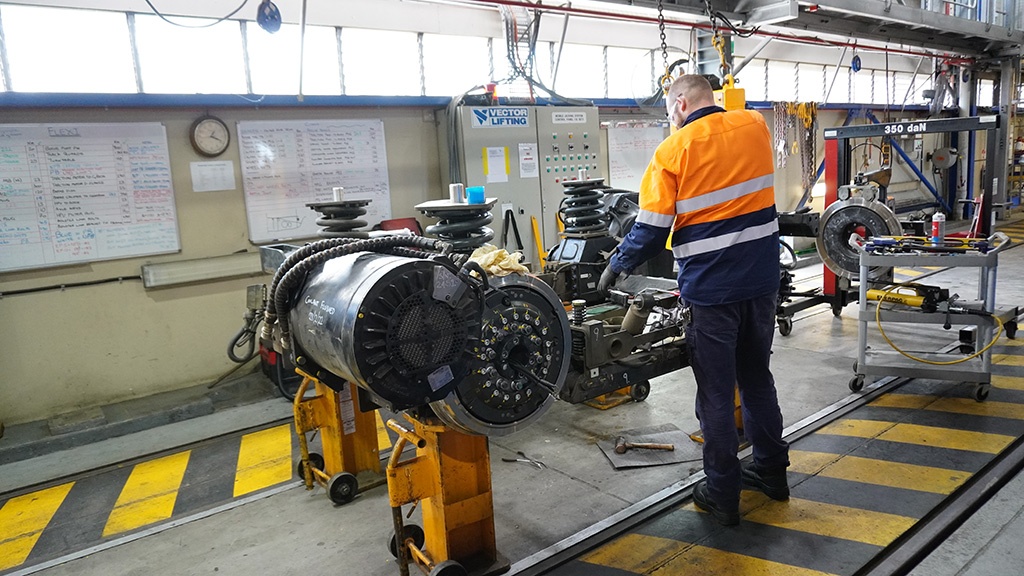 Recently the team has been involved in a project in conjunction with the Department for Infrastructure and Transport to upgrade the ticket validators. This involved upgrading a lot of each tram’s internal wiring.

“Effectively it’s equivalent to old serial cables and serial connections being upgraded to ethernet,” says Rhys. “This allows them to transfer a lot more data and use newer equipment.”

Sometimes team members are called out to investigate an issue on board a tram while it’s carrying customers; sometimes because an unusual noise has been reported by the operator or by customers. This could be nothing more than a plastic bag caught under the tram, but more serious issues will result in the tram being taken out of service and returned to depot – while trying to have minimal impact on travelling customers.

For a group who have very little direct contact with customers, the Rolling Stock Maintenance Team have a huge focus on customer experience – and it’s been that way for as long as Rhys can remember.

“We’re carrying thousands and thousands of passengers a day, so we want to make sure that the service is safe,” says Rhys. “The guys take a lot of ownership when it comes to maintaining and servicing these vehicles. It’s almost like they’re their babies.”

The team not only see travelling passengers as their customers, but also the operators.

“At the end of the day, we have to make sure that everyone is happy and everyone is riding a safe fit-for-purpose vehicle,” says Rhys. “The last thing we would ever do is send something out that we think is unsafe or a risk to customers. We enjoy working on these things and there’s a lot of respect and consideration about who’s going to be riding them. There are going to be children and elderly on board, so we want to make sure that things are as safe as possible. These vehicles weigh 40 tonnes and we want to stress that they don’t stop quickly. Please treat them with as much respect as we do.” 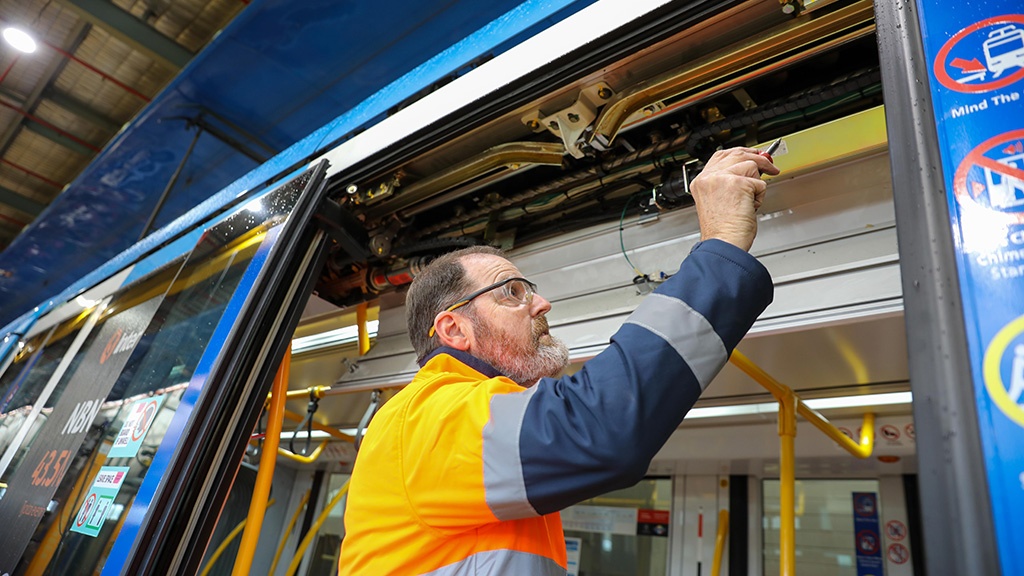